Operating rooms should be safe spaces for patients of all nationalities, ethnicities, sexual orientations and backgrounds.

In her quest to create an anti-racist healthcare system, DeAnna Minus-Vincent, MPA, often thinks about her grandfather. Ms. Minus-Vincent, senior vice president and chief social integration and health equity strategist at RWJBarnabas Health in New Brunswick, N.J., says her grandfather was unable to look a white woman in the eye until the day he died. Even at 87 years of age, he lived in fear as a Black man in America.

His experience gets to the heart of why providing equitable, anti-racist and non-biased patient care is such a daunting undertaking. There are entire segments of society that have major trust issues with the nation's healthcare system. "It has been shown time and again that health care hasn't always been friendly to people of color, whether it's big issues such as the Tuskegee syphilis experiment or everyday occurrences where our feelings and concerns are blatantly ignored by providers," says Ms. Minus-Vincent.

In order to fix systematic discrepancies, healthcare providers must first recognize there's a problem for individuals who have been negatively impacted. RWJBarnabas Health is taking an important first step of acknowledgement by launching a system-wide diversity strategy (see "Ending Racism Together").

"We're acknowledging that minorities have a right to mistrust the healthcare system," says Ms. Minus-Vincent. "We've started down a path toward creating healthier communities by getting their input and working shoulder to shoulder with them to create an anti-racist organization."

RWJBarnabas Health is focused on improving the care of patients with limited English proficiency, according to Ms. Minus-Vincent. The health system ensures patients with language preferences other than English have access to interpreters and have their educational materials translated into language they can understand. RWJBarnabas Health is also revamping its admission processes and how it will build out its standard electronic health record.

"Our intake workers will be required to ask for a patient's race, ethnicity and preferred language, and that information will be a static field in the EHR, so every provider can see it," says Ms. Minus-Vincent. "This process change will come down to education and making sure staff asks about these things 100% of the time."

The surgical department at Stanford (Calif.) Hospitals and Clinics has incorporated cultural complications into its monthly departmental liability and mortality conferences, during which members of the surgical team gather to discuss incidences that occurred within their institution. "Using real-life examples is a powerful exercise," says Sherry M. Wren, MD, FACS, FCS(ECSA), vice chair of diversity at Stanford Surgery.

Providers at Stanford recently addressed the implantation of a porcine mesh implant in an observant Muslim woman, who was unaware the product was used in her surgery. Porcine meshes go against the religious beliefs of Muslims, as well as those of the Jewish and Hindu faiths.

"Each case we review speaks to some demographic of our department, and allows staff members to have their voices heard — or at least hear that what they're experiencing is being voiced," says Dr. Wren.

When members of the surgical department discussed the care of the woman who received the porcine implant, for example, Muslim providers felt empowered to speak up and share how to best handle the situation moving forward. The case raised the staff's awareness of the issue and led them to disclose use of porcine products in the informed consents patients sign.

The discussions have become ingrained in the department's culture. "A faculty member used a personal example of her unintended ignorance, and that was a powerful way to engage the department," says Dr. Wren. "It's important to have leaders who are willing to discuss mistakes and the steps that must be taken to address identified issues. That lets the rest of the team know that efforts to provide culturally competent care isn't just lip service. It also inspires others to raise concerns or issues they might have." 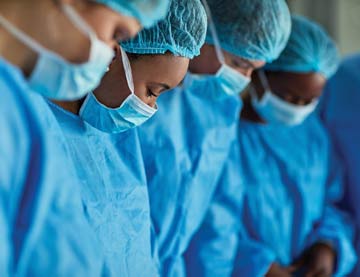 ROOMS FOR EVERYONE Increasing representation in surgery leads to more inclusive surgical care.

Increasing representation in surgery will help to build trust among members of minority communities, who often want to be treated by providers who share their race or ethnicity. However, leveling the playing field in ORs will take time and a concerted effort.

The numbers of a study published in May 2020 by the Journal of Surgical Research highlight the issue. The percentage of all academic surgeons in the U.S. who are African American, Hispanic/Latino, American Indian/Alaskan Native or Native Hawaiian/Pacific Islander is just 7%. The first two groups — African American and Hispanic/Latino — account for all but 0.25% of that figure.

Dr. Romero Arenas examined publicly available data from 2005 through 2018 to see how much progress had been made in representation among academic faculty. African American representation did not significantly increase. Even worse, the percentage of Hispanic/Latino academic surgery faculty actually decreased.

The heightened awareness of racism and inequality in all aspects of society is a positive development, says Dr. Romero Arenas, who also points out it'll take a long time for progress to be made in surgery. "We're definitely seeing a change, but we also need to realize that it's a long-term investment," she says.

More people are supporting the concept of allyship and the notion that increasing diversity in surgery doesn't need to be left up to the underrepresented in medicine, according to Dr. Romero Arenas. "We need buy in and support from the leadership, and from white male surgeon leaders who understand how important their role is in moving the needle," she says.

Dr. Romero Arenas, who emigrated to the U.S. from Mexico City, is doing whatever she can to mentor students and physicians in underrepresented communities. She cofounded the Latino Surgical Society to cultivate, nurture and support the advancement of Latinos in surgery. "I see my role as being part of that safety net that keeps them in programs, and helps them succeed," she says. 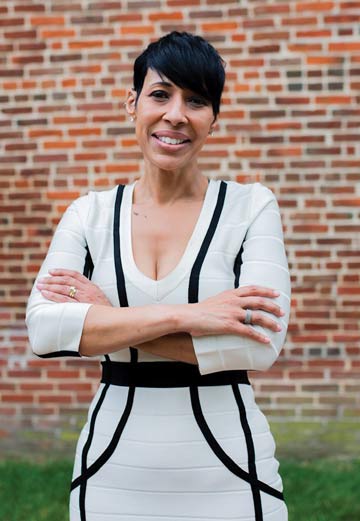 OWNING UP DeAnna Minus-Vincent says healthcare organizations must acknowledge there’s a problem with the status quo.

If your facility is serious about providing truly equitable care for patients of all nationalities, ethnicities, sexual orientations and backgrounds, you have to address the problem from all angles. That's the strategy behind Ending Racism Together, an anti-racism initiative recently launched at RWJBarnabas Health in New Brunswick, N.J. DeAnna Minus-Vincent, MPA, senior vice president and chief social integration and health equity strategist, heads the program, which includes the following key initiatives:

Ms. Minus-Vincent is quick to point out that Ending Racism Together is still very much in its infancy phase and she has a long road ahead. Still, she's fully committed to the task at hand. "I know this isn't going to be easy, and we have a lot of work to do, but we have to do it," she says. "We owe it to ourselves and the next generations to figure out how to get it done."

Many clinicians don't have the proper training to react to cultural issues or understand their own implicit biases, according to Ms. Minus-Vincent. All too often, she says, these factors converge and lead to inequitable care and poor outcomes for minority patients. Her advice for facilities embarking on their own journey to provide more inclusive care: Under broad goals, create very specific and measurable priority initiatives.

Ms. Minus-Vincent admits that it's easy for well-meaning surgical leaders to overreach when it comes to building out their diversity, equity and inclusion programs. "Of course, we want to be able to do everything," she says, "but we can't boil the ocean."

Dr. Wren points out that programs established in other facilities might not work with your staff, who speak their own language and operate withing a unique culture. "Take ideas from other organizations, and make them your own," she says.

Providing culturally competent care ultimately demands an authentic commitment from leadership. "It's not about checking a box and moving on," says Dr. Wren. "Leaders who are committed to the cause are critical to its success." OSM